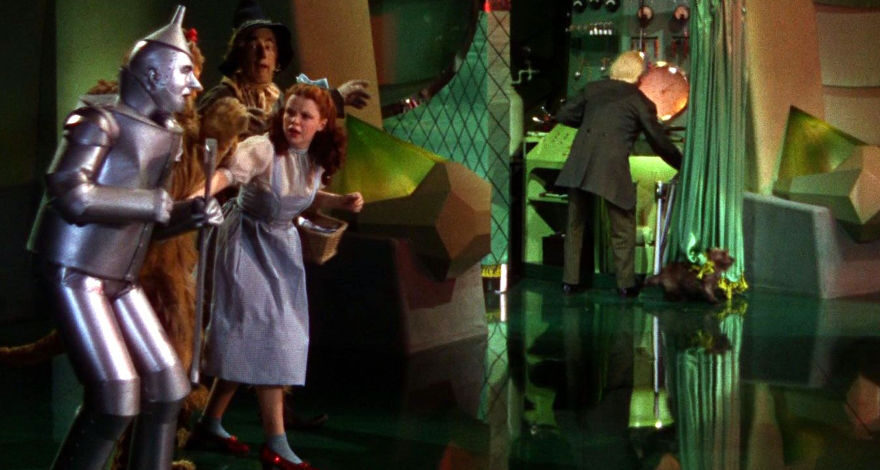 You may wonder why corporate and social media continue to work so hard to intentionally deceive you and to advocate for censorship of viewpoints they don’t approve of. You may wonder why the largest publicly owned companies in the world are complicit in pushing an authoritarian agenda that violates the human rights of their customers.

The answer is as old as time.

“BlackRock CEO Larry Fink is on a campaign to change the world,” Patronis said. “In an open letter to CEOs, he’s championed ‘stakeholder capitalism’ and believes that ‘capitalism has the power to shape society.’ To meet this end, the asset management company has leaned heavily into Environmental, Social and Governance standards—known as ESG—to help police who should, and who should not, gain access to capital … I think it’s undemocratic of major asset managers to use their power to influence societal outcomes.”

Florida has joined at least five other states that are pulling their money—mainly pension funds—from Blackrock and its woke, climate driven agenda.

Meanwhile, the mainstream media continues to deceive its readers. Reporting on the news from Florida, Bloomberg News referred to Vanguard Group Inc., as “one of BlackRock’s main rivals.”

In reality, as you will read further down the page, Vanguard is BlackRock’s largest institutional owner. In fact, if you research the top institutional owners of just about any major corporation, from media to pharmaceuticals—just to name two who continue to lie about the efficacy and safety of Covid shots—the three or four largest are almost sure to include BlackRock, Vanguard and State Street Corp.

Following is a commentary I published in the November/December issue of MetalsRecycling magazine, of which I am editor. As implied by its title, the magazine covers the metals recycling business, so it focuses on the ownership of the country’s major steel and aluminum manufacturers. Since I wrote this commentary in October, Florida, South Carolina, Utah and Arkansas have joined Louisiana and Missouri in pulling state funds away from BlackRock.

BlackRock Inc.’s investment agenda is going to cost the world’s largest asset manager close to $1.3 billion worth of state funds from Louisiana and Missouri, treasurers of those states announced in October.

In a letter to Larry Fink, BlackRock’s CEO, Louisiana Treasurer John Schroder said he would divest almost $800 million from BlackRock by the end of 2022. About two weeks later, Missouri Treasurer Scott Fitzpatrick said the Missouri State Employees’ Retirement System has sold all public equities managed by BlackRock, pulling about $500 million in pension funds from the investment manager.

The reason, Schroder said, is that BlackRock, the largest institutional owner of almost all major U.S. steel and aluminum manufacturers, has prioritized a political agenda above its legal fiduciary duty to optimize financial returns for beneficiaries of state funds. Schroder informed Fink that he had already liquidated $560 million in BlackRock investments.

“We are strategically divesting over a period of time so state money is not lost to the detriment of our citizens,” he wrote. “Once complete, this divestment will reflect $794 million no longer entangled in BlackRock money market funds, mutual funds or exchange-traded funds holdings.”

In an August letter to Fink, attorneys general of 19 states—including Louisiana and Missouri—jointly expressed similar concerns about BlackRock’s investment agenda, including using “citizens’ assets to pressure companies to comply with international agreements such as the Paris Agreement that force the phase-out of fossil fuels, increase energy prices, drive inflation and weaken the national security of the United States.”

The attorneys general wrote that BlackRock is pressuring corporations to adhere to political agendas—like net-zero greenhouse gas emissions by 2050—that have not even been implemented by elected governments in the U.S. and Europe. They also challenged BlackRock’s emphasis on environmental, social and governance (ESG) investing.

“BlackRock appears to be acting for a social purpose that may have a financial benefit if certain improbable assumptions occur,” the letter said. “If BlackRock were focused solely on financial returns, its conduct would likely be different.”

The letter suggested that BlackRock’s actions on a variety of governance objectives “may violate multiple state laws…. Our states will not idly stand for our pensioners’ retirements to be sacrificed for BlackRock’s climate agenda.”

Schroder pointed out that BlackRock recently lost $1.7 trillion worth of clients’ money associated with ESG accounts—a record for the largest amount of money lost by a single firm over a six-month period.

“Such huge losses would seem to indicate that BlackRock is either not focused on investor returns or that its ESG investment strategy is flawed,” Schroder wrote. “Neither bodes well for investors. Under Louisiana law, investors’ returns take precedence.”

BlackRock’s financial dominance also is causing concern about potential antitrust behavior, the attorneys general said, noting that the firm’s $10 trillion in assets are “more than the gross domestic product of every country in the world except for the U.S. and China.”

In his letter to Fink, Schroder said BlackRock has admitted to using its financial power to force corporate behaviors that “will not increase investor returns.”

He cited a 2021 letter from Fink to corporate CEOs that “called for a transformation of our entire economy that will not be made through a democratic process” and noted that “you have to force behaviors. And at BlackRock we are forcing behaviors.”

“So much for democracy,” Schroder opined in his letter, adding that “ESG investing is more than bad business; it’s a threat to our founding principles: democracy, economic freedom and individual liberty…. It bypasses the ballot box and allows large investment firms to push political agendas.”

BlackRock and the next two largest global asset management companies—Vanguard Group and State Street Corp.— are firmly entrenched in the U.S. steel business—just as they are in just about all other businesses.

For all six of those companies, State Street is the third-, fourth- or fifth-largest shareholder.

Its three largest institutional owners are Vanguard (10%), Blackrock itself (7%) and State Street (4%).

Vanguard, as a private firm, doesn’t disclose its owners.

Having so much financial and political power concentrated in a single company—or three companies with incestuous relationships—doesn’t seem conducive to a healthy republic. Maybe that’s why Fink has publicly noted that “markets like totalitarian governments where you have an understanding of what’s out there.”

A couple state treasurers and at least 38% of the nation’s attorneys general are starting to notice—and push back.