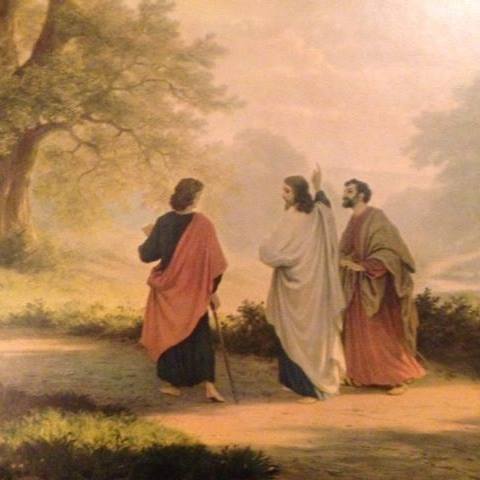 Nothing controversial intended. But, for some reason, it occasionally causes dissatisfaction and confusion.

In March I shared this advice:

“There are only two mistakes one can make along the road to truth; not going all the way, and not starting.” ~ Buddha

My friend George wasn’t having it.

“I prefer the advice of Jesus Christ in all matters pertaining to life,” he retorted.

Sometimes the inspirational references generate confusion among people who tend to be bothered when somebody colors outside their lines.

For example, I chose this quote on July 13:

“Pray only for knowledge and light.” ~ Vivekananda

“Jack,” who seems like a nice enough guy whom I don’t think I’ve ever met, but with whom I must share some common interest since one of us, at some point, accepted the other’s friend request, offered this in response:

I’d rather pray to God our Father and his Son Jesus Christ.. for millions of things, or just to say thanks. I’m really confused by this. Are you Hindu, or Christian?

I didn’t mean to confuse anybody.

Suppose I had offered the following:

“Choose rather to be strong of soul than strong of body.” ~ Pythagoras.

Jack may have demanded, “Wait. I’m confused. Are you Irish or Greek?”

I’m guessing my reply to Jack’s query may have further disoriented him.

On August 22, the anniversary of my dad’s passing, I posted the following:

“Walk worthy of the vocation wherewith ye are called.” ~ Paul’s Letter to the Ephesians, 4:1

“At death, you forget all the limitations of the physical body and realize how free you are. For the first few seconds there is a sense of fear — fear of the unknown, of something unfamiliar to the consciousness. But after that comes a great realization: The soul feels a joyous sense of relief and freedom. You know that you exist apart from the mortal body.” – Paramhansa Yogananda.

That quote, which I originally posted on the morning of Dad’s passing in 2013, came from the Indian yogi who often emphasized the commonalities between Eastern philosophy and Western Christianity. Dad introduced me to Yogananda when he gave me a copy of Autobiography of a Yogi.

Jack responded, “Ken, I’m curious as a Christian you’ve spoke of your faith often, but I’m curious how you try to mix Christianity with the Pagan Hinduism and feel there can be common ground whatsoever. They have millions of gods they pray to and Judeo Christian faith condemns it. In fact it condemns every aspect of Hinduism, Tao, Buddhism. How does this conflict work with you?”

Thank you for your interest and curiosity Jack.

There is no conflict. There is one God and many religions, just as there are fragmented beliefs among the “Judeo Christian” faith.

I’m not sure about the “millions” of gods some Hindus might pray to, but that seems similar to the numerous saints that Christians, or at least Catholics pray to.

If you delve deeper into a variety of religions you might find that there is plenty of common ground among them. The goal of all of them, or should be at least, is to know and experience God.

I haven’t read where Jesus condemned Hinduism, Tao or Buddhism, but He did have a few things to say about the Pharisees. “Well hath Esaias prophesied of you hypocrites” (Mark 7:6), for example.

To answer your question, my beliefs, pursuit of true knowledge and my faith in God have “worked” well for me, particularly over the past year, which has been the darkest time of my life.

I’m always happy to answer questions about what I believe if somebody is truly interested. I also respect what other people believe as well.