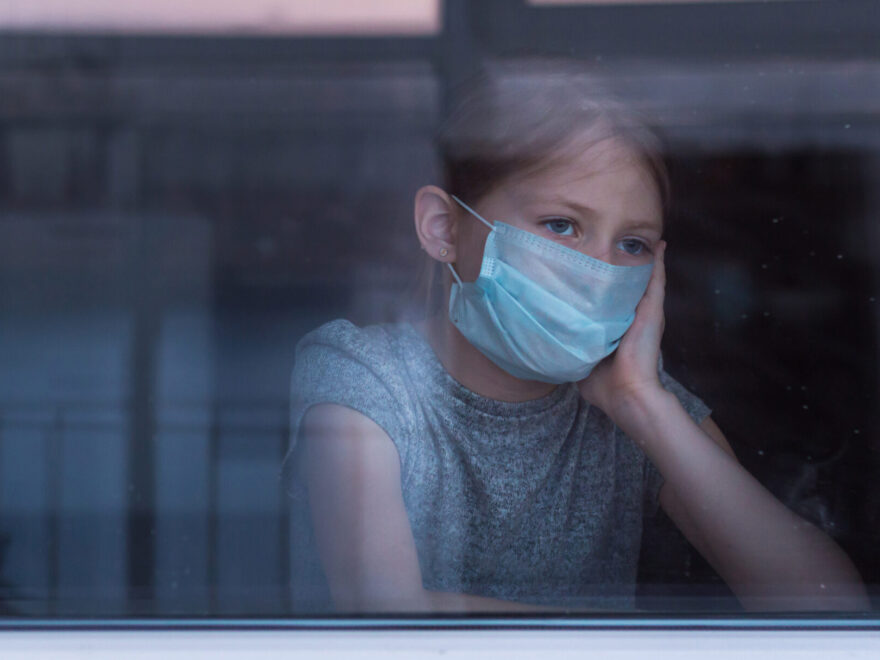 had a chronic disease,” said 68-year-old Robert F. Kennedy Jr. during a recent interview with Dr. Joel Warsh, a Los Angeles pediatrician who said his practice serves more than 700 families. “Nobody I knew had diabetes or rheumatoid arthritis and obesity was extremely rare. There was little autism, now one in 44 kids has autism.”

The social isolation and pandemic-related anxiety inflicted on kids for two years has thrown “gasoline on the fire” of a problem that has grown continually worse over the past decades, said Warsh, who has a degree in epidemiology and specializes in integrative and functional medicine.

“For a kid to hear ‘you might die’ day in and day out, or ‘you might kill grandma’—with this messaging that they heard it’s no wonder they are stressed out,” Warsh said during Kennedy’s The Defender podcast on June 13, 2022. “If you’re told every day to be concerned about something it’s hard to turn that off. Many kids have lived a large portion of their lives during the pandemic, and it’s hard to turn off that messaging. That’s on top of the chronic diseases already before the pandemic. Depending on the study you look at 50% of kids have a chronic disease. One out of two kids should not have a disease, should not be on some medication, needing to see their doctor every few weeks. We threw gasoline on a fire that was already there. It’s not surprising that we’ve seen more health problems and diabetes has doubled in some places in the last two years.”

The good news is that since the end of mass lockdowns and other pandemic measures, reports of depression and anxiety among Warsh’s patients has been falling, he said.

Before the lockdowns, it wasn’t typical for parents to bring their kids to the doctor for depression or anxiety, but “it became the norm during the pandemic,” he said. “They were coming in every single day. Kids four to 12. It is terrible what happened to the kids. If we’re just talking about disease all day, every day and just talking about all these stressful things it’s no wonder that kids are going to have mental health concerns.”

He said kids’ hospital visits for mental health concerns increased 30%, including more incidents of depression and suicide since the lockdowns began.

Even before the pandemic, Kennedy and Warsh said, chronic diseases among children were growing exponentially. Citing U.S. Department of Health and Human Services’ own data, Kennedy said, in 1986, 11.8% of kids had a chronic disease. By 2006 it was 54%.

“If we don’t change something every kid is going to have a chronic disease,” Warsh said. “I don’t remember anybody having a peanut allergy when I was little. I’m sure there were some people who had it, but now it’s one of every few kids has one of these things. We haven’t changed that much genetically over a few decades. It has to be something in our environment. Something that we’re eating or something that we’re being exposed to. It’s not just one thing. It’s many things.”

“Why are the pediatricians not standing up and saying ‘what the heck is going on with our kids?’” Kennedy asked. “Why isn’t the American Academy of Pediatrics taking on these issues? Is it because they are owned by the drug companies?”

Warsh acknowledged that the pharmaceutical industry is a “major piece” of the problem.

“There isn’t any money in increasing vitamin D or eating healthier, but there is money in treatments,” he said.

Another major part of the problem is a volume-based corporate medicine model that minimizes the time a doctor can spent with each patient.

“You say doctors don’t have time to talk to patients any more [because] they have to see 10 to 15 patients an hour,” Kennedy said. “Is it because Black Rock and Vanguard own all the hospitals now and everything is driven by Wall Street and profit motives?”

“It’s a mix of medicine becoming more corporate and …. also the way insurance reimbursements are not keeping up with inflation and rising costs,” Warsh said. “When it’s volume based you need to see more patients instead of spending more time with the patients. Kids are not an assembly line. But if you want to keep your doors open there is a certain amount of patients you have to see.”

Asked for advice about keeping kids healthy, Warsh said, “To me, it starts at home with you. We have to realize that nobody is going to take care of you or your family or your health. You have to take that into your own hands. Do the simple things. Prepare more foods yourself. Read the labels. Stay away from chemicals. Get exercise… The healthier we are in general the better we’re able to cope with whatever comes our way. If your kids are always stressed out they are going to get sick. It’s now one in two kids with a chronic disease. This wasn’t happening 20, 30, 40 years ago. The same reason this is an issue is the same reason that this can be fixed.”