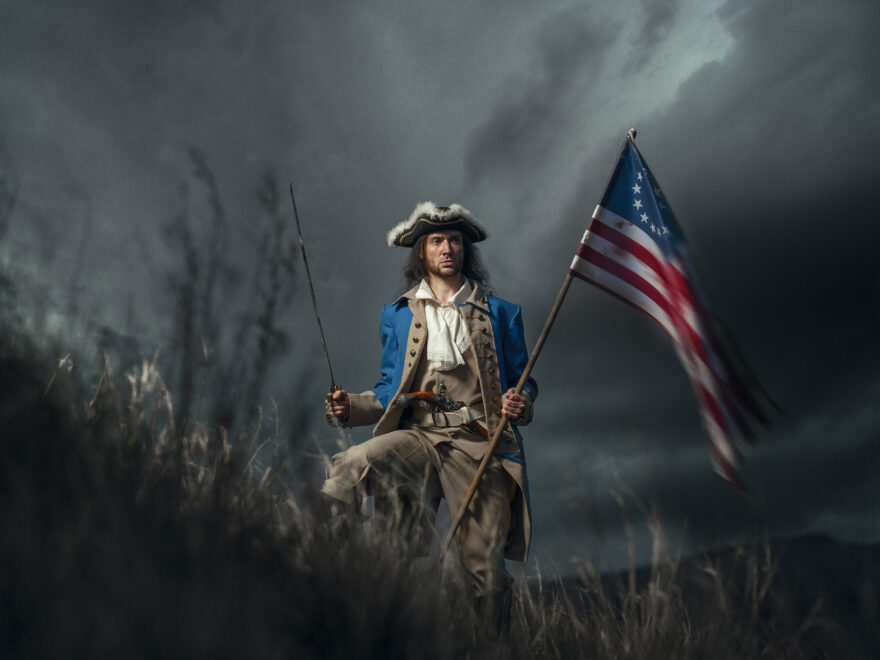 Nobody I’ve known embodied the spirit of Independence Day like Uncle Ronnie.

Many people cherish the “Fourth of July” simply as a day off to anesthetize themselves with beer, suck down frankfurters, play corn hole and marvel at spectacular patterns in the sky – a missing-of-the-point that partly explains how our nation could so easily have devolved to its present state of dependence on tyrants.

Uncle Ronnie took Independence Day far more seriously and made the day fun for his young nephews and the family’s adults alike.

Uncle Ronnie is my younger brother who passed on during Memorial Day weekend six years ago after a battle with rectal cancer. But when he was able, Uncle Ronnie took on the role of Independence Day historian and biographer of the men who laid the foundation for the once great nation that is now at risk of being dismantled. On Independence Day, Uncle Ronnie placed envelopes in stations around his back yard, each bearing the name of a great patriot and containing that founder’s biography. Each family member would be assigned an envelope and would be invited to read alone, and gain insight about the significance of our “day off” through the brave actions of men who advocated for freedom.

For example, one may have drawn an envelope that contained the biography of George Wythe, a Virginia lawyer, abolitionist and one of 56 troublemakers who conspired to commit treason against the British government by signing the Declaration of Independence. Wythe, a law professor who counted Thomas Jefferson among his students, spent 10 days as a delegate to what has become known as the 1787 Constitutional Convention in Philadelphia. He likely would have joined the six men who signed both the Declaration of Independence and the Constitution had he not been called home to tend to his dying wife.

Today, as we celebrate its birthday, it is our country that is dying.

Uncle Ronnie was a fierce defender of individual freedom and an oft-annoyed fighter of “bullshit.” He railed against “media landlords” long before Donald Trump popularized the phrase “fake news,” and long before social media took on the role of controlling what discussion would be permitted to occur in the “land of the free.”

If ever there was a time to seriously reflect on the true significance of Independence Day, this is it. During a time when even spineless religious “leaders” turn their backs on the Almighty Creator of the universe upon orders from from psychopathic tyrants, one must wonder, on this fourth day of July, how Samuel Adams and Patrick Henry would have responded to medical bureaucrats waffling out “emergency” orders to mask a nation, decree the elimination of individual livelihoods and order people to be quartered in their own homes.

Uncle Ronnie lamented even the conversion of little Middleburg Heights from a peaceful, rural town into a loud, congested corporate suburb. I can image how he would react to seeing an entire nation relegated to a enormous pasture of bleating Anglo-American subjects.

Over the past year, during rallies, online meetings and gatherings of local citizen groups, I’ve met many passionate, freedom-loving patriots. If the United States is to be saved, they will be the ones who save it.

To them, I wish a Happy Independence Day.