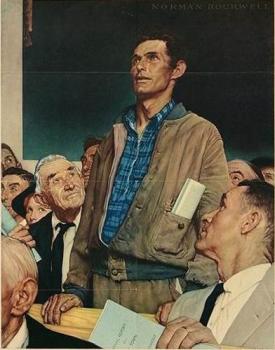 As a member of the Cuyahoga County Republican Central Committee representing Strongsville Precinct 3C, I make the following report to republicans in the precinct and to anyone else who cares to read it.

I don’t trust social media to forward my posts. Please register to get email alerts when I occasionally post a new commentary.

The Central Committee and Executive Committee of the Cuyahoga County Republican Party on February 13 jointly passed a resolution to “denounce” Congressman Anthony Gonzalez (16th District) for his vote to impeach President Donald Trump. Gonzalez was one of only 10 republican congress members in the country who voted with house democrats to subject Trump to an unconstitutional impeachment process.

Following a motion to adopt Cuyahoga’s resolution to “denounce” Gonzalez, I considered making a subsequent motion to amend the motion on the floor by replacing the “denouncement” with an adaptation of Strongsville’s resolution that requested Gonzalez’ resignation.

Unfortunately, I and a number of other committee members were stonewalled.

During a comment period that proceeded the vote on the resolution to “denounce,” a single member was afforded the opportunity to speak. Following that single comment, a committee member who participated in the meeting virtually via Zoom, made a motion to “call the question.” Calling the question means that no further comments or debate may be held and that an immediate vote must be taken.

Such a motion is typically made following an extended period of repetitious and unproductive debate – not normally following a single comment when at least a half dozen other committee members had indicated – by raising their hands – that they wished to be heard.

The vote to prevent further comments by fellow republicans on this important matter puts us in the same league as Facebook, Twitter, democrats, progressives and others who routinely shut down and shut up people who wish to express their opinions. I don’t know who made the motion to “call the question,” and I don’t know what motivated his desire to stonewall further discussion. I assume that he wasn’t in a hurry to end the meeting to get outside and mow his lawn.

Ohio’s republican party faces a potential mass exodus of members – particularly those in the “Trump movement” – following a year of authoritarian measures by Gov. Mike DeWine and the five-year witch hunt against Trump, in which many deep state republicans were complicit.

Muzzling its members is not the way to achieve party support leading up to statewide and congressional elections in 2022.

Ironically, the Gonzalez resolution itself declares that “now is the time for republicans to come together as a party.”