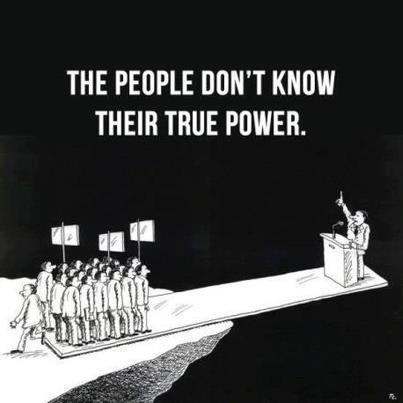 I don’t trust social media to forward my posts. Please register for email alerts when I occasionally post a new commentary.

During a recent meeting of a local organization, candidates for Strongsville City Council fielded questions about their qualifications for the position.

Not surprisingly, the candidates were uncomfortable when asked to assess the policies of Ohio Gov. Mike DeWine relating to the covid pandemic and to comment on the present facial mask orders.

Under DeWine’s dictatorship, thousands of businesses, through no fault of their own, have been permanently closed, hundreds of thousands of families are in severe financial distress and the state has become an eerie dystopia of dehumanized half-faced people who have been told to sacrifice their ability to communicate basic human emotion through facial expression, as human beings have done for millions of years.

One candidate flat out refused to answer the DeWine question, instead declaring that he preferred not to get into “negatives.” Other candidates ducked and dodged through the questions, suggesting that although they may not agree with the mask mandates, we should all comply because it’s the “law.”

It was startling that candidates – attorneys, no less – who want to be in a position to write and approve legislation that impacts other people’s lives don’t realize that the state mask mandate is not a law. One candidate, when corrected by the audience, replied, “Okay, it’s not a law. It’s an ordinance.”

It is an unconstitutional and legally unenforceable decree from the governor and the state health department.

Several candidates, in answer to the DeWine question, suggested that they would prefer to talk about Strongsville.

Here’s why it is not irrelevant to ask local government candidates about their positions on issues that are not particularly local: It is not only fair, but responsible, for a voter to understand the philosophy that guides the conscience of the people he or she is voting for.

Local governments generally don’t entertain laws dealing with abortion, or the right to self defense, as supported by the Second Amendment. But should we not know whether a candidate respects the sanctity of human life? Is it irrelevant whether, given the opportunity, a candidate would gladly confiscate your handgun?

Should we not be aware that a candidate is supportive of a governor whose unchallenged dictatorial decrees have violated the God-given rights of people who live in Ohio – including the attempted suppression of medication that many board certified medical doctors believe to be a legitimate life-saving treatment for covid?

The issue is freedom

“It’s all about jobs, jobs, jobs,” according to the common mantra of pandering politicians who believe that they should have their hands on even the very livelihood of the people who they want to rule.

The candidate who earns my vote now and in the future will be the candidate who agrees that the individual – a God-created soul bestowed with free will – is sovereign, not the government.

Politicians who slither the halls and back rooms of Columbus and Washington D.C. generally began their careers at the local level.

On the local board of education.

That’s one reason why it’s important to understand what’s in the heads – and the souls – of the people we are now electing to local positions.

It is no secret that the republican party is at a crossroads. Part of its membership wants to return to the pre-Trump era of supporting the establishment elitist puppets offered to us by big money interests. Others, who are tired of watching stooges in both parties usurp our basic rights with the assistance of propagandists in the mainstream media, are demanding representation from elected public servants who will respect and advocate for their rights.

I support the patriots in the latter category and will not, in any way, support those in the former category.

To our credit, members of the Strongsville Republican Club have unanimously passed a resolution calling for the resignation of deep state stooge Rep. Anthony Gonzalez, who voted in favor of the unconstitutional, politically motivated kangaroo court impeachment of President Donald Trump. This, I hope, will send a message to other republican organizations throughout the state which should do the same.

I hope it also will send a message to people – particularly my fellow republicans – who desire to be elected into positions that carry the power to impact my life. Voters deserve answers – no matter how irrelevant or uncomfortable a candidate believes they are.

Local elections are the breeding ground for statewide and national candidates of the future. If candidates won’t answer your questions when they live in your neighborhood, do you expect them to be accountable when they’re 120 miles away? Or 350 miles away?