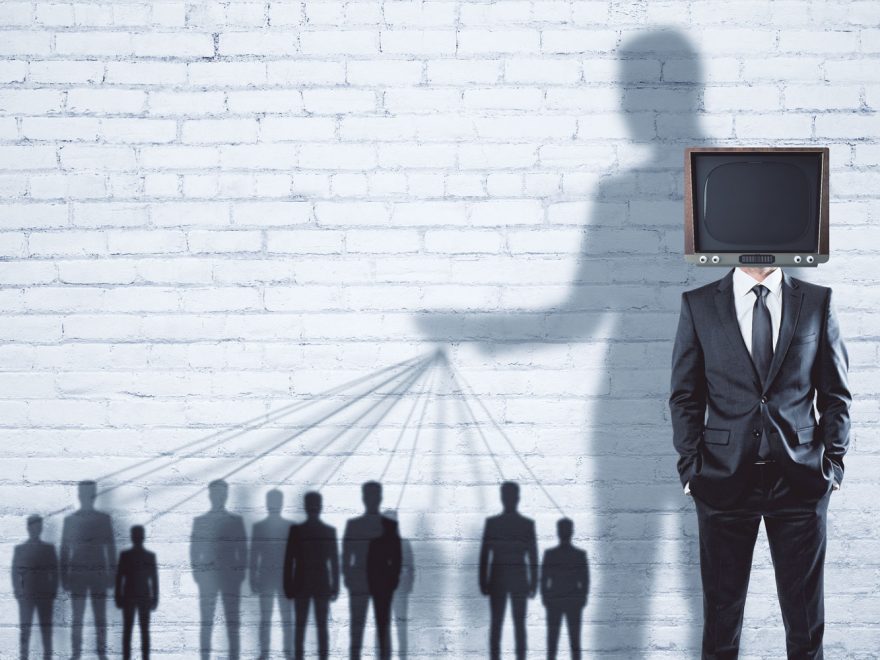 Lawrence the Lyft driver is a racist.

So declared a white woman passenger whom he transported through Washington D.C. a few weeks ago. She couldn’t fathom that Lawrence doesn’t support democrats “after all they have done for you people.”

Lawrence, you may have guessed, is black.

And a Trump supporter.

“If Trump doesn’t win next year, this country is going to be in deep trouble,” Lawrence told me during our ride from a climate change conference at the Trump International Hotel to my more affordable accommodations in Arlington, Va. “And we’re really going to be in trouble in 2024 because Trump can’t run again.”

I agree with him.

Perpetually inciting conflict between blacks and whites, men and women, gays and straights, the media is the tool used in the oldest divide and conquer trick in the book. As long as the 99.99 percent of the “riff raff” in the country are at odds with each other, nobody is watching the sociopaths and predators who own the global banks, operate the international corporations, control the world’s natural resources and keep the U.S. in a perpetual state of war around the world.

Trump, of course, is the mainstream media’s biggest target.

Trump became a “racist” around the time he was perceived to have an actual chance of becoming president. Before 2016, he wasn’t a racist.

And Joe Biden, who may be the democratic candidate running against Trump next year, isn’t a racist. At least according to the mainstream media, which is already doing a nice job of proclaiming Biden as the front-runner – months before a single primary or caucus has been held.

Here’s what Biden said about Barack Obama on January 13, 2007, before the upcoming presidential campaign: “You’ve got the first mainstream African American who is articulate and bright and clean. I mean, that’s a story book.”

Being a democrat – the party that has “done so much” for people like Lawrence – the mainstream media will never identify Biden as a racist.

Nor Hillary Clinton, who once referred to black youth as “super predators” who need to be “brought to heel.”

Lawrence told me about his upcoming plans to visit Gettysburg – where a fierce battle was one of the turning points of the American Civil War. It’s symbolic, he said, because he fears that another civil war is inevitable.

The establishment, utilizing the tool of ignorance, will make sure of it.