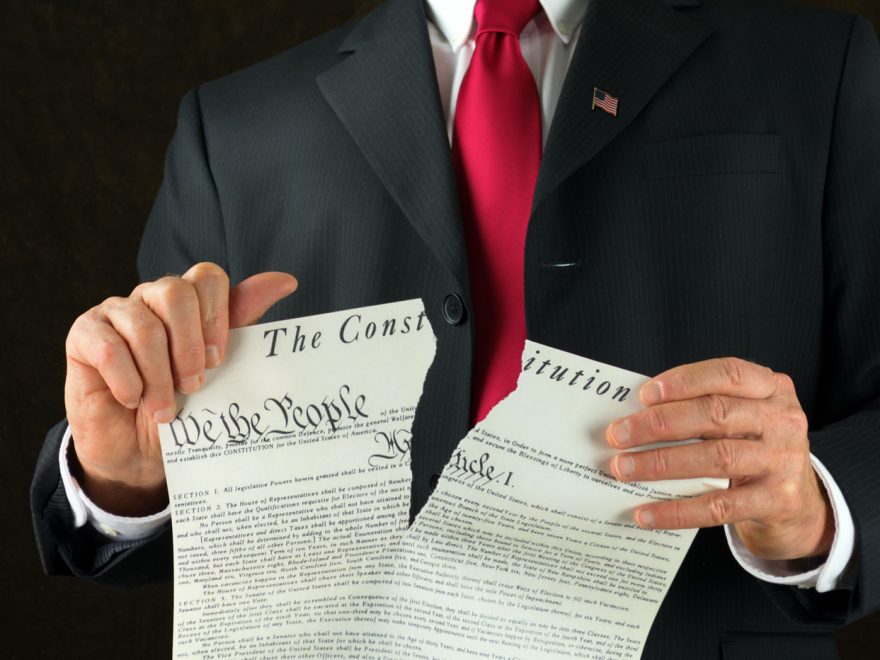 Some people think so. And they also apparently think the people in New York and California are so smart that us idiots in Ohio should let them instruct our electors on how to vote.

The people who want to circumvent Ohioans’ rights to make a choice in presidential elections have doubled down on their efforts. Following February’s introduction of legislation (HB70) that would betray the will of Ohio’s voters in favor of the national wisdom in voting for president, an effort is now underway to put a similar initiative in the state Constitution through the ballot box.

The office of Ohio Attorney General Dave Yost last week certified a summary of a petition for a proposed amendment to the Ohio Constitution that says,

“This Amendment would add Article XX, Section 1 to the Ohio Constitution to:

The petitioner(s) that submitted a pair of petitions through Columbus law firm McTigue & Columbo LLC are not identified. But the drive is apparently being led by the Making Every Vote Count Foundation, a Washington, D.C.-based organization that is dedicated to electing the president by a national popular vote. The chairman and CEO of the organization is Reed Hundt, CEO of the Washington, D.C.-based Coalition for Green Capital. Hundt also is a former chairman of the Federal Communications Commission under Bill Clinton and was the Economic Working Group Head on the Barack Obama Presidential Transition Team.

Yost’s office said the petitioners submitted two petitions with two different summaries, each supported with the requisite 1,000 valid signatures from registered Ohio voters. This is an unusual tactic, and perhaps the first time it has been used, according to a press release from the attorney general.

“Both summaries accurately restated the proposed amendment; but only the first is both fair and truthful,” Yost said. “The second summary fails to note the most important piece of information for the voter – that the amendment, if adopted, could require Ohio’s representatives in the Electoral College to vote for the winner of the national presidential popular vote rather than for the winner of Ohio’s presidential popular vote.”

Therefore, the first summary was certified; the second was not.

Petitions were circulated by Andre Baird, of Biltmore Avenue, in Cleveland, on behalf of Fieldworks LLC, PO Box 9897, Washington, D.C.

Meanwhile, New Mexico last week become the 15th jurisdiction (14 states, plus Washington, D.C.) to adopt the misguided National Popular Vote Compact, through which the popular vote of each of those states would be rendered meaningless to each state’s electors. Instead, those states’ electoral votes would be given to the presidential candidate who receives the most popular votes nationwide.

A group of Ohio legislators have clearly expressed their disrespect and contempt for the citizens of our state with the introduction of a HB70, which would circumvent our wishes in presidential elections by adding our state to the Compact. That means that the people in the largest states, like California and New York, could be a larger determinant of Ohio’s electoral votes than the people of Ohio.

Yet it is the people of Ohio who our state legislators are elected and paid to represent.

The stated purpose of the National Popular Vote Compact is to prevent a candidate from winning the electoral vote – and the presidency – while losing the national popular vote. This has happened four times during our country’s 58 presidential elections, including 2016. Supporters say that it will ensure the “every vote, in every state, will matter.”

In reality, the plan will do precisely the opposite.

As it stands, every vote does matter. Every vote in every state counts toward each state’s decision on whom its electors should support. Under the National Popular Vote scheme, the states with the largest populations would dominate all others. Had this plan been in place in 2016, Hillary Clinton would now be in the White House even though voters in only 19 states – generally in the Northeast and on the West Coast – thought she was the best choice.

That isn’t “making every vote count.” It is saying that the vote of 31 states – 62 percent of the total – doesn’t count.

Under the Constitution, the legislatures of each individual state decide how their own electors are appointed. Therefore, the National Popular Vote Interstate Compact doesn’t violate the Constitution. Clearly, however, it circumvents the will of a state’s voters. Basically, it’s a matter of the legislators whom you elected to represent you in Columbus telling you that your vote is irrelevant compared to the vote of the nation’s other 49 states and the District of Columbia.

It’s ironic that the Constitution, which acknowledges the rights of the people in individual states to cast their vote for the presidential candidate of their choice, also allows conniving professional politicians to give away that right.

If you oppose this arrogant and disrespectful legislation, be sure to let your state senator and representatives know.

Here are the Ohio “representatives” who think Ohioans are too stupid to properly vote for president and are co-sponsoring HB70: