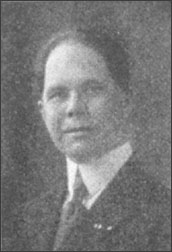 Ellsworth E. Dickinson was walking near the World’s Congress Auxiliary Building in Chicago when he spotted a turbaned man he had recognized only from a momentary flash during his childhood.

Seventeen year old Ellsworth and his mother, Hattie, were visiting Chicago from Nebraska. Inside the Auxiliary Building, which today houses The Art Institute of Chicago near Grant Park, religious leaders from around the world were preparing to commence the groundbreaking World’s Parliament of Religions.

The Parliament, which convened on Monday, September 11, 1893 – 108 years before that date would become synonymous with terror in America’s memory – was one of the most prominent of the many sideshows held during Chicago’s World Columbian Exposition, a world’s fair that celebrated the 400th anniversary of Christopher Columbus’ arrival in the “new world.”

Chaired by Presbyterian Rev. John Henry Barrows, the event, which drew 4,000 attendees to its opening session, marked the first time many Americans had been exposed to a diversity of religions that included Buddhism, Jainism, Muhammadanism and Hinduism.

As Ellsworth and his mother strolled near the building, he was suddenly shocked by a brilliant flash of light. Then he recognized India’s Hindu delegate, Swami Vivekananda walking ahead of him, and turning into the Auxiliary Building.

“Mother!” Ellsworth recalled crying out years later. “That was the man who appeared at the time I was drowning.”

Twelve years earlier, at home in Nebraska, Ellsworth’s older brother, Burton, playfully pushed him into a swimming pool. As he sunk into the water for a second time, Ellsworth was overwhelmed by a dazzling multicolored light. In the midst of it was the figure of a man with tranquil eyes and a reassuring smile.

It was Vivekananda, although Ellsworth had no idea who he was.

After seeing the vision, Ellsworth was pulled to safety.

Outside the Parliament of Religions, Ellsworth tried to follow Vivekananda, who went inside a large auditorium and took his seat among the other speakers on a lecture platform.

Vivekananda addressed the assembly six times during the two-week Parliament. His opening greeting, “Brothers and sisters of America,” evoked a rousing standing ovation. As the crowd quieted, he continued, offering a greeting on behalf of “the most ancient order of monks in the world, the Vedic order of sannyasins, a religion which has taught the world both tolerance and universal acceptance.”

When Vivekananda was finished talking, Ellsworth approached the stage to meet him.

“He smiled on me graciously, as though we were old friends,” Ellsworth recalled later. “I was so young that I did not know how to give expression to my feelings, but in my heart I was hoping that he would offer to be my teacher.”

Hindu tradition carries a strong relationship between a truth seeker and his guru. Vivekananda was not to be Ellsworth’s guru. But he knew who would be.

“Your teacher will come later,” he told Ellsworth. “He will give you a silver cup. He will pour out to you more blessings than you are now able to hold.”

Ellsworth never saw Vivekananda again. And for the next 32 years, he waited for his guru. He began to wonder whether Vivekananda’s prophesy of a silver cup was simply metaphorical.

Eight months before the Parliament of Religions, on January 5, 1893, Mukunda Lal Ghosh was born in Uttar Pradesh, a state in northern India. From his earliest years Mukunda’s ambition was to be a monk, and he frequently plotted with friends to leave home to seek out the saints of the Himalayas. Eventually, Mukunda found his guru, Sri Yukteswar Giri, who initiated him as a monk of the Swami Order and gave him the name Paramhansa Yogananda. Yogananda’s future, his guru told him, would be to spread awareness of kriya yoga and God realization in America, emphasizing the commonality of eastern and western religion.

In 1920, Yogananda, who was then running a boys’ school in Ranchi, was invited to Boston to serve as a delegate to the International Congress of Religious Liberals, organized by the American Unitarian Association.

By 1925, Yogananda founded the Self Realization Fellowship, and established its headquarters at the top of Mount Washington, in Los Angeles.

Meanwhile, for 32 years, Vivekananda’s prophecy remained perpetually in Ellsworth’s mind. During those years, he had moved to Los Angeles and established an ink manufacturing business.

“Every word (Vivekananda) had uttered was indelibly written on my inmost consciousness,” Ellsworth later said. “Years passed. No teacher appeared. One night in 1925 I prayed deeply that the Lord would send me my guru. A few hours later, I was awakened from sleep by soft strains of melody. A band of celestial beings, carrying flutes and other instruments, came before my view. After filling the air with glorious music, the angels slowly vanished.”

The next evening Ellsworth saw Yogananda lecture for the first time.

“I knew my prayer had been granted,” he said later.

By 1936, it had become a tradition at Mount Washington to spiritually celebrate the birth of Jesus with an eight-hour group meditation on Christmas Eve. A social celebration followed on Christmas day. Christmas day in 1936 was a special occasion. Yogananda had recently returned from his first visit back to India and a tour around Europe, where he met people like Therese Neumann, the Catholic stigmatist of Bavaria whose entire diet consisted of one consecrated wafer each day.

On that Christmas evening, the group at Mount Washington gathered around a decorated tree, and Yogananda gave out gifts acquired during his trip.

“The next parcel contained a gift which I had bought in a Calcutta bazaar,” Yogananda wrote in his Autobiography of a Yogi. “‘Mr. Dickinson will like this,’ I had thought at the time.”

Untying the ribbons and opening the box, Ellsworth was speechless.

It was a silver drinking cup.

“As you handed me the square box by the tree,” Ellsworth later told Yogananda, “I saw, for the third time in my life, the same dazzling flash of light.”

Yogananda passed on in 1952. On September 3, 1965, Ellsworth, who is referred to as E.E. Dickinson in Autobiography of a Yogi, received the title of Yogacharya (“teacher of yoga”) during a ceremony on Mount Washington, as reported in the July-September 1965 issue of Self-Realization magazine.

“Many persons do not know what meditation really is,” said Ellsworth, who was 89 years old at the time. “They don’t realize that it is necessary to make the mind truly one-pointed. Successful meditation means to be able to direct the mind so that it is always at rest in one-centeredness for as long as one wants it to be. You are not doing much meditation unless the mind is directed and kept at one point.”

Ellsworth passed on on June 30, 1967, almost eight months after the passing of his wife, Mabel. The couple had one son, three grandchildren and four great grandchildren.