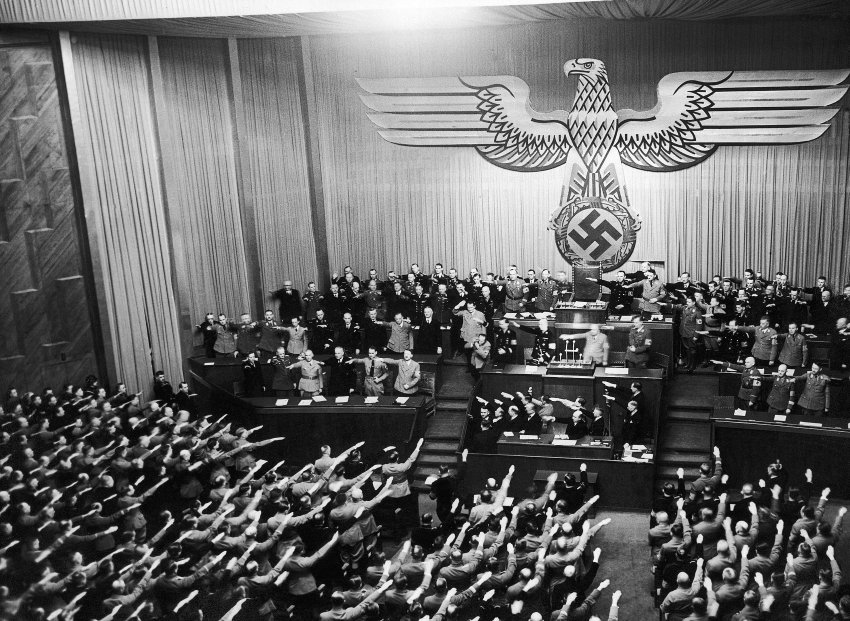 Two months after being appointed chancellor of Germany, Adolf Hitler drafted the “Law for Removing the Distress of the People and the Reich” (aka the “Enabling Act”), a constitutional amendment that would give him complete power, rendering the Reichstag impotent.

Because the Enabling Act represented a change to the German constitution, a two-thirds majority of the Reichstag was necessary for its passage.

On March 23, 1933, the Reichstag – Germany’s “congress,” made up of elected representatives – enthusiastically voted away its own power, effectively making Hitler a dictator. Those in favor: 83 percent.

Thanks to our Ohio state legislators, the legal dismantling of our own Constitution also could be one step closer. Albeit unlikely, the convening of a federal Constitutional Convention, as authorized under Article V of the U.S. Constitution, potentially could result in wholesale changes to the law of our land.

At one time in 1983, 32 states had active applications for an Article V convention to draft a Balanced Budget Amendment. That was until their legislators realized the possible consequences of a Constitutional Convention. Following the peak of 32 applicants – just two away from getting it convened – 13 states eventually rescinded their applications.

The second way is for the legislatures of two-thirds of the states to apply to Congress to call a convention for the purpose of “proposing amendments.”

The latter method has never been used since the Constitution was adopted 226 years ago.

And there is a good reason why it hasn’t.

Article V offers no limitation as to what amendments may be proposed at the convention. Former Chief Justice Warren Burger is among the many Constitutional scholars who have been clear on that.

“After a convention is convened,” Burger wrote, “it will be too late to stop the convention if we don’t like its agenda.”

Once a convention is convened, the delegation, for example, may propose and adopt the elimination of the Second Amendment – our right to bear arms. Our Fourth Amendment protections against unreasonable search and seizure may be deemed expendable considering that we’re all suspects in the War on Terror. Conceivably, the delegates could propose trashing the entire Constitution and starting over. That’s what happened when a convention was held in Philadelphia in 1787 to “tweak” the Articles of Confederation.

Ohio’s resolution includes another silly provision: If a Constitutional Convention breaks into a discussion or proposals about any topic other than a Balanced Budget Amendment, Ohio’s delegates are not allowed to participate. Such a requirement is not enforceable. There is no law that compels a delegate to do – or not to do – anything. Further, the non-participation of Ohio’s delegation wouldn’t stop the other 49 states from conducting any business they choose to.

Any proposed changes adopted by a Constitutional Convention – whether they are a Balanced Budget Amendment, an anti-abortion amendment, the elimination of the right to bear arms or an entirely new Constitution that bears no resemblance to the current law of our land – must be then approved by the legislatures of three-quarters of the states.

That means that a Constitutional Convention, plus the approval of 38 states, could, possibly, spell the end of our republic.

Advocates of a convention, like our Ohio legislators, bank on the improbability that 38 states would agree to approve radical measures that might come out of a Constitutional Convention.

I admit that getting 75 percent of the states to agree on anything is against the odds. After all, that’s an awful lot of honest, honorable and benevolent professional politicians who would have to be persuaded to act contrary to the best interests of the American people.

Considering the stakes, however, I still don’t like the odds.

And I resent my elected representatives rolling the dice with my freedom.

What do you suppose the odds would have been 81 years ago, that 83 percent of the politicians who represented the German people would shred their constitution – and their own power along with it?